Oceanpaw is a sleek, silvery-grey tom 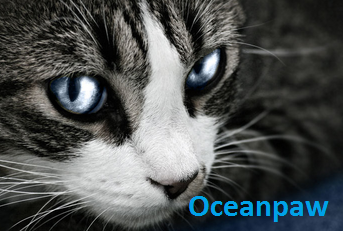 with a shimmering pelt and stark white line running from his forehead down to his tail tip, and he has deep, ocean blue eyes.

He is an Apprentice

Quiet, kind, but can get annoyed easily. He has always envied Autumncall, his cousin, and practices walking on his hind legs without success. He looks up to his cousin very much, and hopes to become just as good as her. He's a good fighter, and is one of those cats that is kind and funny when you meet him, but will threaten you when you annoy him. He was brought to Leopardclan as an abandoned kit. He found out later that Autumncall was his cousin, and that she was a few moons older than he.

Retrieved from "https://leopardclan-roleplaying.fandom.com/wiki/Oceanpaw?oldid=4124"
Community content is available under CC-BY-SA unless otherwise noted.